Cuba is an interesting country, that we tourists – because at the end of the day that’s what we are – will never fully understand. Certainly not after a first visit and definitely not when we don’t speak fluent Spanish. Just accept it and have the time of your life! To be honest, traveling Cuba solo wasn’t always easy. It’s not as low budget as traveling Asia for example. And Cuban men can be quite straight and fairly cheeky with you at some times. Now this isn’t necessarily a bad thing but it could put you off a little bit. Don’t let it. Seriously, Cuba is absolutely fantastico!

Dance with a total stranger in the middle of the streets
I believe that you’ll get a fine for it in Rotterdam but in Cuba it’s a very normal thing. Cat calling. Your new name will be Linda (meaning: beautiful) from now on. Get ready for whistles, blowing kisses and complete declarations of love. When single go to Cuba by yourself. It will be fun! No, seriously Cuba is hot. Even though Cubans can be direct and cheeky sometimes, they are very open minded and sincere people full of life. It’s not only buzzing with salsa bars but just wandering the streets can be a swinging party. It is not unusual to be asked to dance when passing by a group of people. The sound of music is everywhere. Obviously I didn’t say no to a dance with a total stranger in the streets of Havana. I mean come on? Note to self: perhaps I should’ve taken a salsa class or 2 before departure. But on the other hand, a free salsa lesson from a random Cuban isn’t so bad either. In the middle of the street, on the Malecón or at some bar. You will undoubtedly be asked to dance. Just say yes and take those ‘necesitas un novio, lady?’ for granted. A friendly ‘no, gracias’ works – almost – every time!

Cookies, mufins and pastry tasting
In Cienfuegos I stayed at this casa a few blocks from the main squares. Luckily for me, the neighbor turned out to have a home bakery. Every day he gave me something new and delicious to try. Then I tried to have a chat with the man using our hands and feet to understand one another when suddenly I got invited to have a look inside. Don’t you just love these spontaneous moments? I normally never bring anything from home while traveling but I was happy I took 2 packs of Dutch waffles with me on this trip. Long live the barter. He then of course wanted to know what the Dutch waffle was made of. So I explained it to him with the very little Spanish I know. So who knows? Maybe you can buy a homemade Dutch waffle in Cienfuegos now. 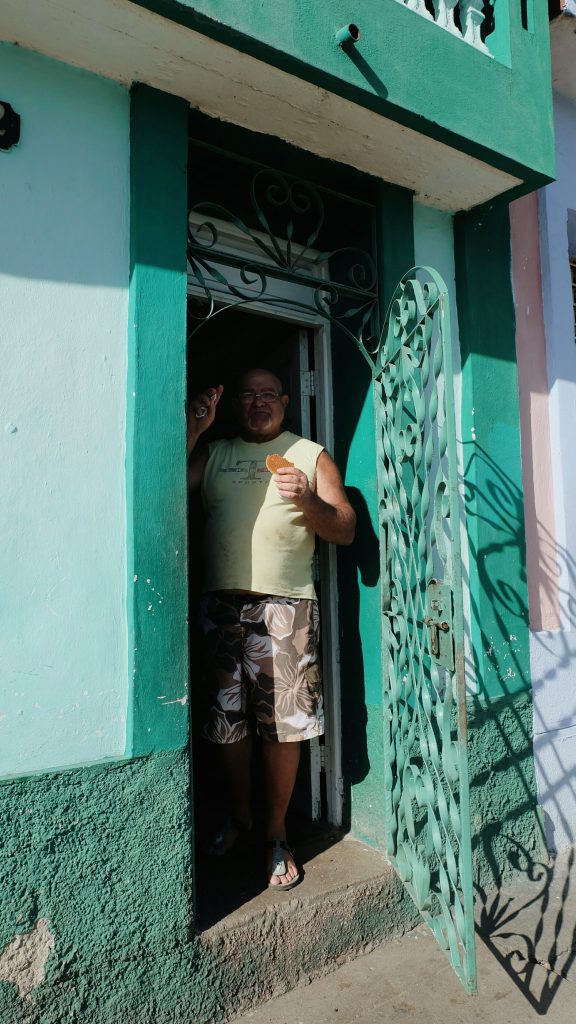 Children playing in the streets
Because of the school holidays many kids entertained themself outside all day. Playing soccer or riding their bikes through the streets carelessly. Although all children are great, the ones in Trinidad were something special. Out of curiosity they couldn’t just let me pass without approaching me. A little boy stopped: ‘Como tu llamas?’ He was the cutest. His name was Brian. His sister had learned some English in school and was very proud to speak a few sentences. So for the next 4 days it was ‘Hola, Simona’ turning me inside out with all their questions. I obviously didn’t mind. Of course I had to take a picture and because I had my instant camera with me I could give them one aswell. Kids are the coolest! 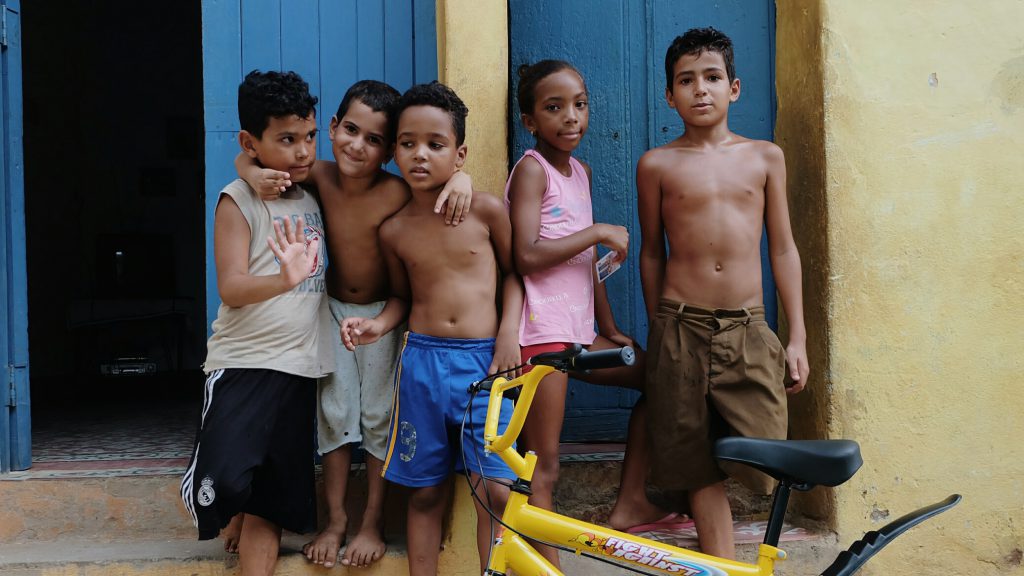 A few hours with no electricity
In Cuba it isn’t uncommon that things are temporarily unavailable or out of order. No mint so no mojito, no water so no shower or no electricity so no aircon. During one of my first nights in Havana it was pitch dark when I came back to my casa after I went for a few drinks. The light switch wasn’t of much help. Luckily, my room wasn’t far. I jumped under the shower and into my pj’s real quick to try to get some rest. With 30 something degrees this is quite difficult so I decided to sit on the balcony and wait it out. There the very charming – just a small detail to the story – host of this super cute casa was waiting for new guests to arrive. The whole street was dealing with the lack of electricity, he explained. It happens. What can one do? I noticed that the building across the street did have lights. ’10 minutes’, he says. After 10 minutes the lights across the street went off and the lights on our side went on. He looks at me and jokes: ’10 minutes’. And like he said, the lights went off again and the lights on the other side went back on. This event repeated itself a few times. He was a bit stressed about what to tell the new guests when they arrived. I just thought it was funny. We chatted a while about random things with the few Spanish/English we spoke as we sat on the balcony. At 2 am the power went back on and I had a good night sleep after all.

There’s more to Cuba than just salsa and rum. Often it are the little things during your trip that stick with you the most. Thinking about going to Cuba? Stay at casa particulares. Have a chat with the people you meet. Even though you barely speak Spanish. One appreciates your attempt and will go out of their way to try to understand you. Don’t just visit the main attractions or follow Lonely Planet’s advise but go off the beaten track from time to time. Beautiful unexpected things will happen.